Join us and some of our adoptable doggies in celebrating the 90th Anniversary of The City of North Miami Beach! 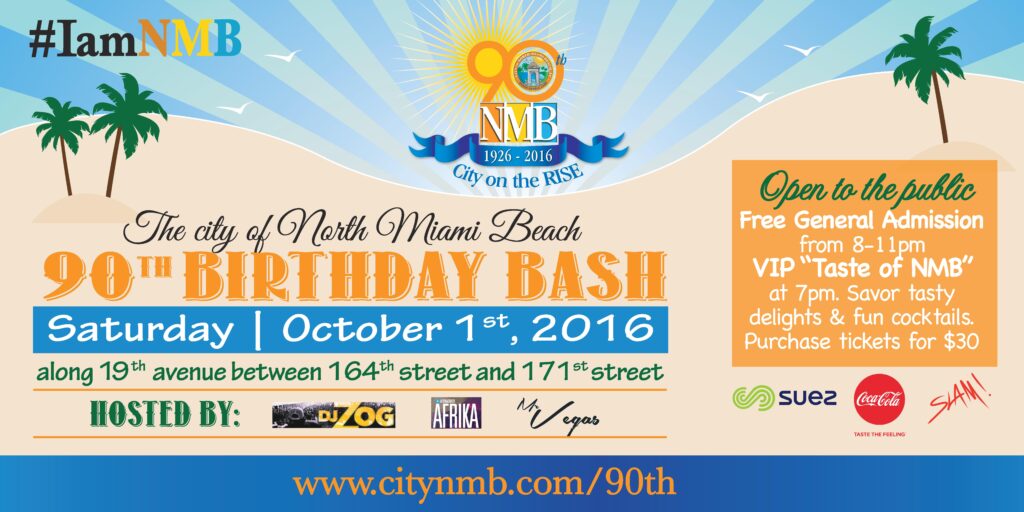 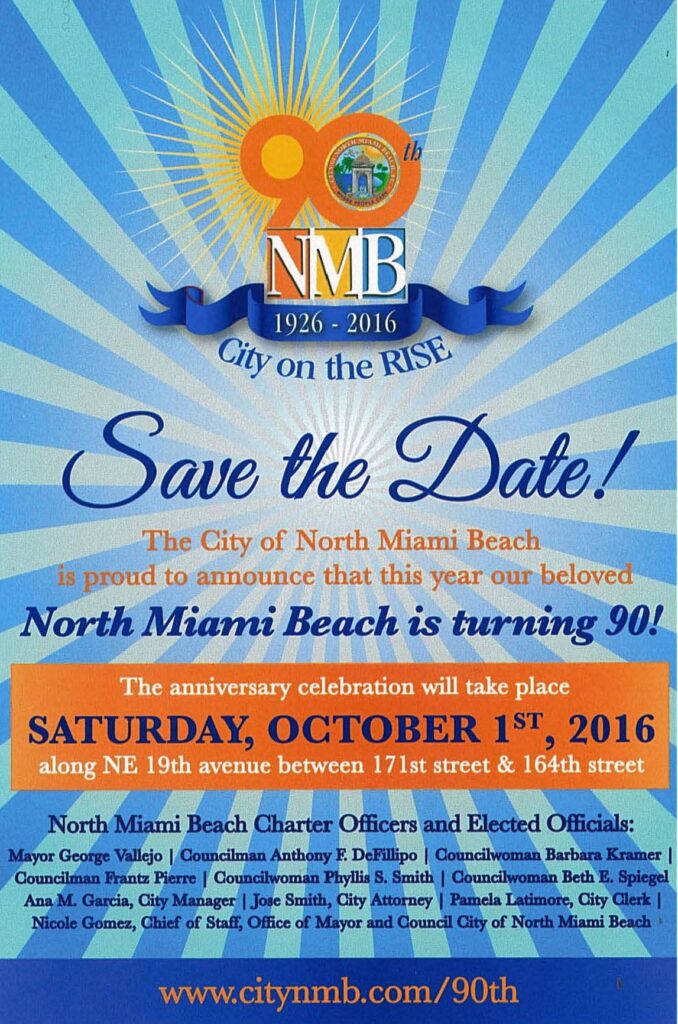 See the streets of NMB come alive on Saturday, October 1, 2016 when the “City on the Rise” commemorates its 90th Birthday with a celebration honoring its diverse cultural population, history and vibrant promising future. Led by the vision and energy of city officials and city administration, the celebration will take place along NE 19th avenue between 171st street and 164th street.

Hosted by DJ Zog & Afrika from Power 96; festivities will include cultural presentations, interactive activations, a VIP “Tasting Tent” showcasing some of the best bites in town, Food Trucks, and a live music concert with special performances from Gypsy Lane, The Hip Hop Kids, and Mr.Vegas!